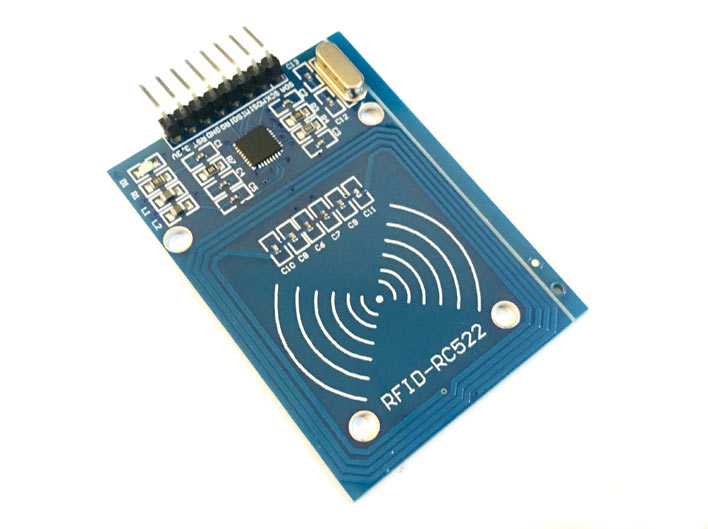 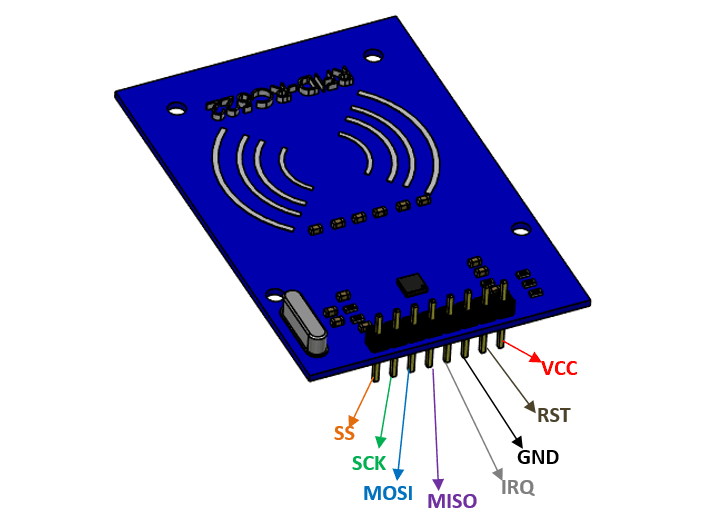 The RC522 is a 13.56MHz RFID module that is based on the MFRC522 controller from NXP semiconductors. The module can supports I2C, SPI and UART and normally is shipped with a RFID card and key fob. It is commonly used in attendance systems and other person/object identification applications.MFRC522 is maybe cheapest RFID Reader that we can found now. It uses 13.56 MHz frequency And it is also easy to use. We can easily interfaced this reader with arduino or raspberry. There are tons of library available out there. And one more, this tutorial can be the simplest tutorial on how to use this RFID reader with arduino.

Where to use RC522 RFID Module

The RC522 is a RF Module that consists of a RFID reader, RFID card and a key chain. The module operates 13.56MHz which is industrial (ISM) band and hence can be used without any license problem. The module operates at 3.3V typically and hence commonly used in 3.3V designs.  It is normally used in application where certain person/object has to be identified with a unique ID.

The keychain has 1kB memory in it which can be used to stored unique data. The RC522 reader module can both read and write data into these memory elements. The reader can read data only form passive tags that operate on 13.56MHz.

How to use RC522 RFID Module

The RC522 has an operating voltage between 2.5V to 3.3V and hence is normally powered by 3.3V and should be used with 3.3V communication lines. But, the communication pins of this module are 5V tolerant and hence it can be used with 5V microcontrollers also like Arduino without any additional hardware. The module supports SPI, IIC and UART communication but out of these SPI is often used since it is the fasted with a maximum data rate of 10Mbps.

Since in application, most of the time reader module will be waiting for the tag to come into proximity. The Reader can be put into power down mode to save power in battery operated applications. This can be achieved by using the IRQ pin on the module. The minimum current consumed by the module during power down mode will be 10uA only. The module can be easily used with Arduino because of its readily available RC522 RFID Arduino library from Miguel Balboa. You can visit his GitHub page for more details on how to use it with Arduino. 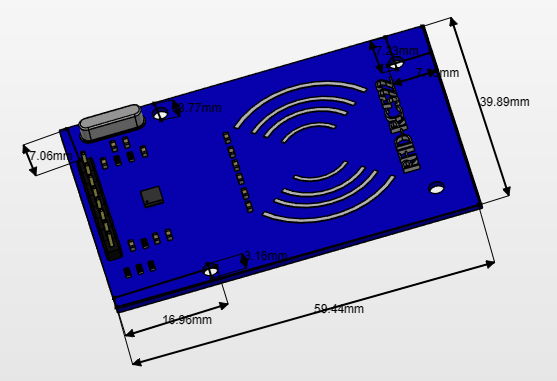 How to use MFRC522 With Arduino?

It simple, this reader use SPI to interface with arduino and use 3.3V as power source.